We use cookies to provide you with the services at our best. By continuing to browse the website, you accept it. More.
Need a perfect paper? Place your first order and save 5% with this code:   SAVE5NOW
Home › Business › Social Media Campaign: Only You Campaign by Spotify

Social Media Campaign: Only You Campaign by Spotify

Social media campaigns are emerging trends in the social media field. ‘Only You’ Campaign aimed to increase the quality of listening experience for Spotify users. It created personalized listening data and suggested content that the listener might want to try. The campaign began in June 2021 to offer a quality listening experience to its listeners. The platform analyzed user activities and created personalized tips for a better listening experience. The first theme is use of user-generated content while the second is while the second is the use of technology algorithms to identify the participatory audience. The campaign was successful because it increased user experience and customer loyalty. The company implemented the campaign over social media platforms such as Facebook and Twitter because most of its users use them. The campaign succeeded due to high engagement levels between the users and the company. Other factors contributed to the success. First, Spotify embraces user-generated content to increase the quality of its services. Secondly, the use of technology algorithms enabled the company to identify its participatory audience and enabled them to offer feedback. Thirdly, the campaign created positive engagements between customers and the brand. Lastly, the social media campaign personalized its contents to meet the diverse users’ needs.

The first theme is use of technology to create user-generated content. Adopting technology enhances the accessibility of social media campaigns (Mohammad et al., 2020). The company employed technology by embracing emerging tools such as big data. For instance, the campaign analyzed user data to create a chat with suggestions for a better experience. The company lobbied the campaign through its social media platforms through advertising to attract more customers to test their services. Spotify succeeded with the campaign, adding insights to the existing literature body concerning the role of personalization in social media campaigns. It also brought emerging issues of concern, such as how personality creates one’s consumption behavior. In this case, the company gained useful information for future campaigns. Technology helped the company to reach more target audience through its app and social media platforms such as Twitter and Facebook.

I have learnt the importance of engaging positively with customers during social media campaigns. It is necessary to use a strategy that aligns with customer needs, preferences, and habits. Cherry’s Theory of social media marketing holds that social media campaigns should create positive engagements between customers and brands (Sokolska, 2017). In my case, the campaign was effective because it increased the quality of the user experience, hence giving the app a competitive advantage. Hence, it was a win-win situation for both parties. The campaign utilized billboards and social media platforms such as Twitter and Facebook. More people globally embrace social media for daily interactions with friends and strangers. Therefore, social media campaigns are continuously evolving to meet the needs of broad users. Social media enables a campaign to reach many potential users. In this case, the campaign offered a distinct experience for every user. It enabled Spotify users to use the new feature to get a better experience easily. It also attracted new users to try the platform to enjoy customized listening experiences.

I have learned that effective social media campaigns should use technology by analyzing participatory audience’s algorithms to create user-generated content. For instance, the Only You campaign provides different chats for its unique users. It utilizes technological features to create personalized content depending on users’ listening habits. The business embraces other social media platforms such as Twitter and Facebook as their target customers most likely use them. The campaign was successful because it increased the quality of the user experience and attracted new customers. It also set a stable ground for high customer loyalty towards the business. The choice of a social media campaign platform varies depending on the target audience. The photo below illustrates the personalization concept that the business applies to depict a unique customer experience. 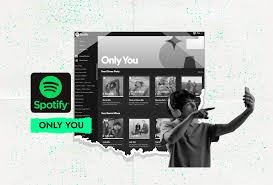 Only You campaign by Spotify

Want an essay on the same topic?
Order an essay from our professional writers and get an essay written from scratch in just 3 hours. We work only with the best academic writers.
Place an order
Related Topics
Marketing
Social Media
Spotify
Social Media Campaign
Only You Campaign

What is the age demographic of people that buy and sell NFTs? Research shows that people invest in NFTs for various reasons. However, there is no guarantee that people of all ages and genders buy or trade NFTs. However, return on investment seems to be the main reason. In terms of demography, individuals aged between ... END_OF_DOCUMENT_TOKEN_TO_BE_REPLACED
Pages: 6       Words: 1453
View Sample

Social media has affected governance in organizations because it provides a platform for sharing negative information about organizations. Some individuals with bad intentions may share inappropriate content or false accusations. People are not restricted on what they write in commonly used social media software applications. They may therefore use the platforms in gossiping about organizations ... END_OF_DOCUMENT_TOKEN_TO_BE_REPLACED
Pages: 3       Words: 568
View Sample

The effects of the COVID-19 pandemic have been felt around the world. It had a significant effect on businesses and has brought a lot of changes with it. The pandemic took a toll on markets, businesses, and global supply lines, causing huge financial disruptions. COVID 19 caused significant retail and business shutdowns (Alekseev et al). ... END_OF_DOCUMENT_TOKEN_TO_BE_REPLACED
Pages: 4       Words: 829
View Sample

1 EXECUTIVE SUMMARY Samsung Electronics Inc. is a worldwide association gotten comfortable South Korea and one of the world’s most monster cell and other grouped devices creators. The association is centered around making best in class developments and movements that make new business areas, work on people’s lives, and endeavor to make the brand an ... END_OF_DOCUMENT_TOKEN_TO_BE_REPLACED
Pages: 11       Words: 3004
View Sample

The Voluntary ‘Real Living Wage’ In The UK

A real living wage is the smallest sum of money necessary for a worker to fulfil their daily needs. A livable wage is regarded as compensation that permits a worker to maintain a basic but acceptable standard of life without the need for state support. Because the phrase “needs” is so ambiguous, there is no ... END_OF_DOCUMENT_TOKEN_TO_BE_REPLACED
Pages: 7       Words: 1780
View Sample

Alternative to the Contemporary Crisis of Capitalism: Singapore Housing Model

Singapore has been one of Southeast Asia’s great success stories. Only a few decades ago, the country had very little money or resources and had constructed one of the top worldwide cities today. Their success is not comparable to China’s or Hong Kong’s. The distinctions are striking. Economic models have sparked a divided debate around ... END_OF_DOCUMENT_TOKEN_TO_BE_REPLACED
Pages: 12       Words: 3110
View Sample
Need a plagiarism free essay written by an educator?
Order it today