We use cookies to provide you with the services at our best. By continuing to browse the website, you accept it. More.
Need a perfect paper? Place your first order and save 5% with this code:   SAVE5NOW
Home › Science › Singer and Nicholson Model of Biological Membranes

For many centuries, the biological composition of cell membrane structure remained one of the biggest scientific paradoxes that attracted considerable attention from biologists. In definition, a membrane refers to the outer cellular boundary of a living cell that appeared over 2.7 billion years, first as a prokaryotic cell, and then as a eukaryotic cell resulting from the evolution process (Lents and Hesterman). Subsequently, the new cell form is thus more complex, characterized by multicellular features. It has highly compartmentalized membrane-bound organelles that primarily regulate the intra-molecular movement between them and protect them from cytoplasm reactions. As aforementioned, scientists have devoted considerable attention to the study of cell membrane structure with the view of understanding their composition and functionality. To this end, Singer and Nicholson in 1972 formulated a model that proposed a descriptive analysis of the cell structure that included its semi-permeability and the two-dimensional liquid composition. In retrospect, the scientists suggested that these characteristics allowed free movement of the lipids and protein components, a position that remains plausible to date. The subsequent discussion of this paper will focus on the cell membrane structure proposed in the Singer and Nicholson model and similar scientific research hypotheses on the cellular biology of the cell membranes towards building an understanding of their composition and functionality spectrums.

Singer and Nicholson model started their experiment from the pre-existing evidence that supported their predisposition to cell membranes’ fluidity characteristics. One of the core research work that helped construct the framework of their model was Frye and Eddin’s research findings that proved the membranes’ fluidity theory using a cell-infusion of a human and mouse cells (Lents and Hesterman). In the experiment, the biologist had labeled the cell membranes of both the mouse and human cell with rhodamine and fluorescent dyes, respectively, and observed the migration process between the two cells proving the fluidity. The figure below illustrates the experiment’s finding that greatly helped to inform the fluid-mosaic model’s theoretical perspectives proposed by Singer and Nicholson.

Singer and Nicholson (1972) articulated that the membrane structure was formed as a bi-layer composed of two lipid molecules layers with protein molecules embedded in the middle. In their explanation, the structural fo9rmation of the multilayered cell membrane was similar to a pool of mosaic tiles of both lipids and proteins that freely moved within the cell through the diffusion process. The scientists asserted, “The lipid molecules are like the ocean water, and the proteins are bobbing around like “icebergs…floating in a sea of lipid” (Lents and Hesterman). The scientists used a pictorial representation of the movement to illustrate the cellular membrane structure, as shown in figure 2 below. 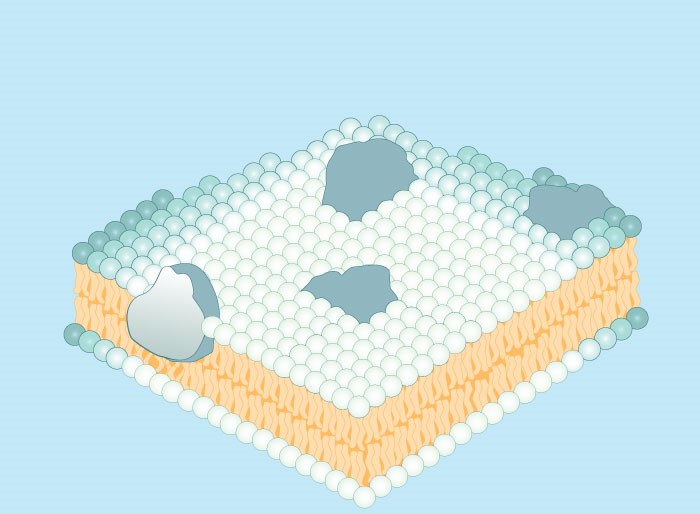 Figure 2 Cell membrane proteins float in a sea of phospholipids

To show how the two cells related, they described lipid cells and the proteins using an example of an ocean of lipids molecules where the proteins cells float like icebergs. Using the example, Singer & Nicolson (1972) helped show how the cell membrane’s structural composition of lipid molecules and protein molecules allows the free movement of certain elements that help to plasma reactions in the cells. Thus, following the two biologists’ propositions, the scientific understanding of the composition of cells became clearly defined. By far, since the predispositions made in 1972, the cell membrane structure’s biological composition became understood and helped to form the foundations of future research on the topic (Lents and Hesterman). In more precise terms, the cell membranes’ amphipathic nature composed of a two-lipid layer and a single protein layer became well-defined. More importantly, discovering the special compositional characteristic of the lipids that features phosphate charge allows water solubility of the phospholipid molecules. In retrospect, this special characteristic allows them to allow the diffusion of water-soluble elements such as proteins and lipids, which explains the amphipathic structure of the cell membranes. Singer and Nicholson (1972) illustrated the phospholipid molecules’ concept, as the figure below shows. 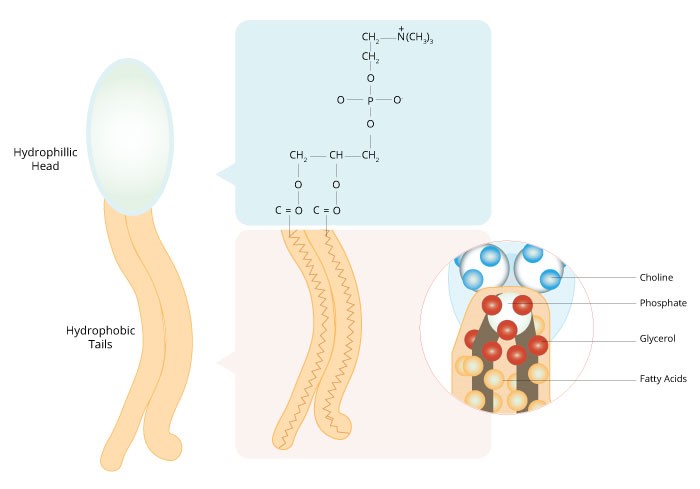 Thus, as the discussions mentioned above indicate, Singer and Nicholson build on the biological composition of the cell membranes in principle on the foundations of the cells’ multi-layer structure. In retrospect, they build the Fluidity-mosaic model by expounding on the structural composition of the cells’ plasma membranes (Lents and Hesterman). The scientists also identified the unique composition of the different types of lipid cells to explain the various ways that the cells overcome barriers of permeability of different elements that are both water-soluble and water-insoluble. In brief, the hydrophilic heads and hydrophobic tails described by Singer and Nicholson (1972) helped to validate the theoretical perspectives therein of how the cell membranes function and allow the free movement of proteins and lipids across the cells.

To conclude, the cell membranes structure, as Singer and Nicholson described helped explain the intracellular biological movements. As Lents and Hesterman avows, “We now understand that the plasma membrane is a very dynamic part of the cell and that is much more than just a barrier”. They are not just passive barriers but rather are very dynamic structures that regulate entry and exit of particular elements based on the findings of multiple experiments that led to the development of the fluid-mosaic model of the cellular model that described the compositional components of the membrane structure and their functionality paradigm.

Want an essay on the same topic?
Order an essay from our professional writers and get an essay written from scratch in just 3 hours. We work only with the best academic writers.
Place an order
Related Topics
Biology
Cell Membranes Structure
Model Of Biological Membranes
Singer & Nicolson

Introduction Cheese is a consumable product, categorized as a dairy product, that is produced on the bases of different flavors and textures from the milk of cows, sheep, goats, or buffalo (Kapoor, R., & Metzger, L. E. 2008). The International Dairy Federation has recognized over five hundred types of cheese in the world (Fox, P. ... END_OF_DOCUMENT_TOKEN_TO_BE_REPLACED
Pages: 12       Words: 3206
View Sample

The author, Helen Epstein, is a widely traveled scholar who has been keen to closely interview her target group. In her article, AIDS, Inc., she presents the various actions taken by different groups towards the AIDS pandemic. She seemed to be particularly concerned with the transmissions of HIV and the consequent effects on the social lives of ... END_OF_DOCUMENT_TOKEN_TO_BE_REPLACED
Pages: 6       Words: 1548
View Sample

Introduction The purpose of the accompanying commentary is to inform readers on the value of networking, effective leadership, and skill management or delegation in a healthcare setting and help them understand and make sense of these themes. It is also written to assist the writer in critically writing and analyzing the given pieces in a ... END_OF_DOCUMENT_TOKEN_TO_BE_REPLACED
Pages: 16       Words: 4323
View Sample

The Future of Artificial Intelligence Systems in Acquisition and Fulfillment Process

Most organizations and departments heavily depend on information and data for normal operations. Similarly, the majority of government institutions depend on information too. As a result, these institutions spend enormous financial resources feeding their system with information. Furthermore, the process entails a repetitive process that consumes a majority of employees and institutional time. Office automation ... END_OF_DOCUMENT_TOKEN_TO_BE_REPLACED
Pages: 3       Words: 640
View Sample

Health plays a significant role in our daily lives, and a functioning body requires to be healthy. Medical care is necessary to be accessible to everyone despite their location. Rural-urban migration is usually initiated by a lack of amenities in the rural areas, including health facilities. Being close to healthcare facilities means an emergency will ... END_OF_DOCUMENT_TOKEN_TO_BE_REPLACED
Pages: 3       Words: 623
View Sample

Blockchain is a distributed database that stores information across many computer nodes. It’s like a spreadsheet you can use to keep track of records, like who owns what at any given time. That’s where the name comes from “block” is short for Blockchain, while “chain” refers to the links between each block. One of the ... END_OF_DOCUMENT_TOKEN_TO_BE_REPLACED
Pages: 3       Words: 697
View Sample
Need a plagiarism free essay written by an educator?
Order it today