We use cookies to provide you with the services at our best. By continuing to browse the website, you accept it. More.
Need a perfect paper? Place your first order and save 5% with this code:   SAVE5NOW
Home › Business › Public Relation Campaign

The study shows the public relation of HNA Technology Investments Holdings company in Hong Kong. Since it is a technological company, the study will develop its strategic planning budgets and social media advertisement that will make the company improve its PR (Casanova & Miroux, 2019). HNA company is a technology company that deals with technology and is based in Hong Kong. It was first known as Advanced Card Systems Holdings, founded in 1995 (Casanova & Miroux, 2019). This report was created as a PR campaign for HNA Technology Investments Holdings company that was put out over the coming two years. The report includes identifying the media that will be used for public relations, promotion of public and social media platforms that will be used. The report will show the objective of the PR using the SMART goals. The other thing is that the report will include research insights that will show the research done about the company and how they were in line with the achievement of the company’s goal. This company is very rich, and a reading technologist in Hong Kong, and hence this study is dedicated to the company. 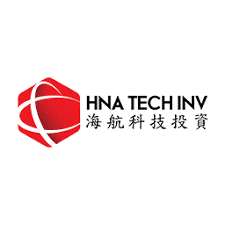 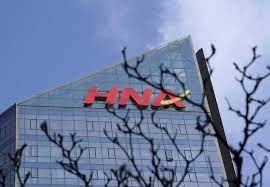 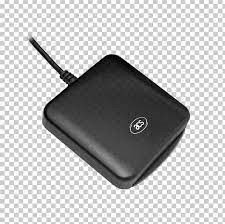 The firm has achieved significant advancements in its public image, and there are several activities in which the corporation should engage to acquire new customers and maintain its public image. The corporation should be prepared to budget to achieve its public relations objectives. The firm services customers all around the globe, but it is headquartered in Hong Kong, thus the research will focus on methods to improve HVA’s image in Hong Kong and throughout the world.

Although the firm has had a lot of success, the market rivalry is fierce. Because the firm provides services worldwide, it is competing with other large corporations. These businesses have a strong market presence, and their services are unquestionably competitive with those provided by other well-established businesses throughout the world. The technology must be cutting-edge. Market research is collecting, evaluating, and interpreting market data (Thomas, 2019). It aids in the identification of marketing opportunities and challenges, the monitoring and evaluation of marketing actions and performance, and the communication of results and consequences to management.

In the growth and sales, the company has been one of the grates in Asia due to various investments in different industries. The company has drowned a lot of customers, and some of the investment the company has is in real estate, technology and IT, transport, and communication (Xing, K. 2020). The company investment brought about $100 billion in 2017, and the assets are estimated to be worth $230 billion. The company earnings have decreased by about 20.1% over the last five years. This has been a negative part of the company, and hence it needs to change the market strategies. The other thing is that the decrease in the company’s revenue can be associated with the rise of Covid-19, which became a disaster to the transport industry. The company’s investment in transport was heavily affected due to the closer of flying and traveling abroad and domestically.

The strategy used to improve the company’s public image and the period the HNA company holds may be the best if implemented.

To ensure that its name remains very good to the public, it must treat its workers. This includes good working conditions and giving them good pay. The workers should be involved in management decisions and involve intrapreneurship skills.

The company is involved in IT can include installing free internet to the schools in Hong Kong. This will help the company earn a good relationship with the community and lead to its products being used.

5.3 Visiting the customers and giving awards

The company is supposed to use some of the media services to promote public relations, including the following.

Viu TV will introduce a company as the best regarding the action done and videos and photos used to make the company well related to the public. There is a need for the company to prepare a video that will also be broadcast on television stations like BBC.

Platforms like Facebook, Twitter, and Instagram account for the company should ensure that the people following HNA holding pages are updated and can comment on their services. The company is to set up social media management in charge of making the company face in social media very good. The comments on social media platforms should be viewed and some policies made in response to the comments and suggestions in social media.

The major magazine should be given contents of the company to appear in pages. The company can also publish the magazine that includes most of its content and give it free to showcase its interest. In Hong Kong Economic Times, there should be a report of the company message to ensure that it reaches most people in the region.

The press is called, and some of the issues that the company what to tell the public to be said using the press. They will help the company share the message to the target groups because the media users are many. The sample should be written as below, 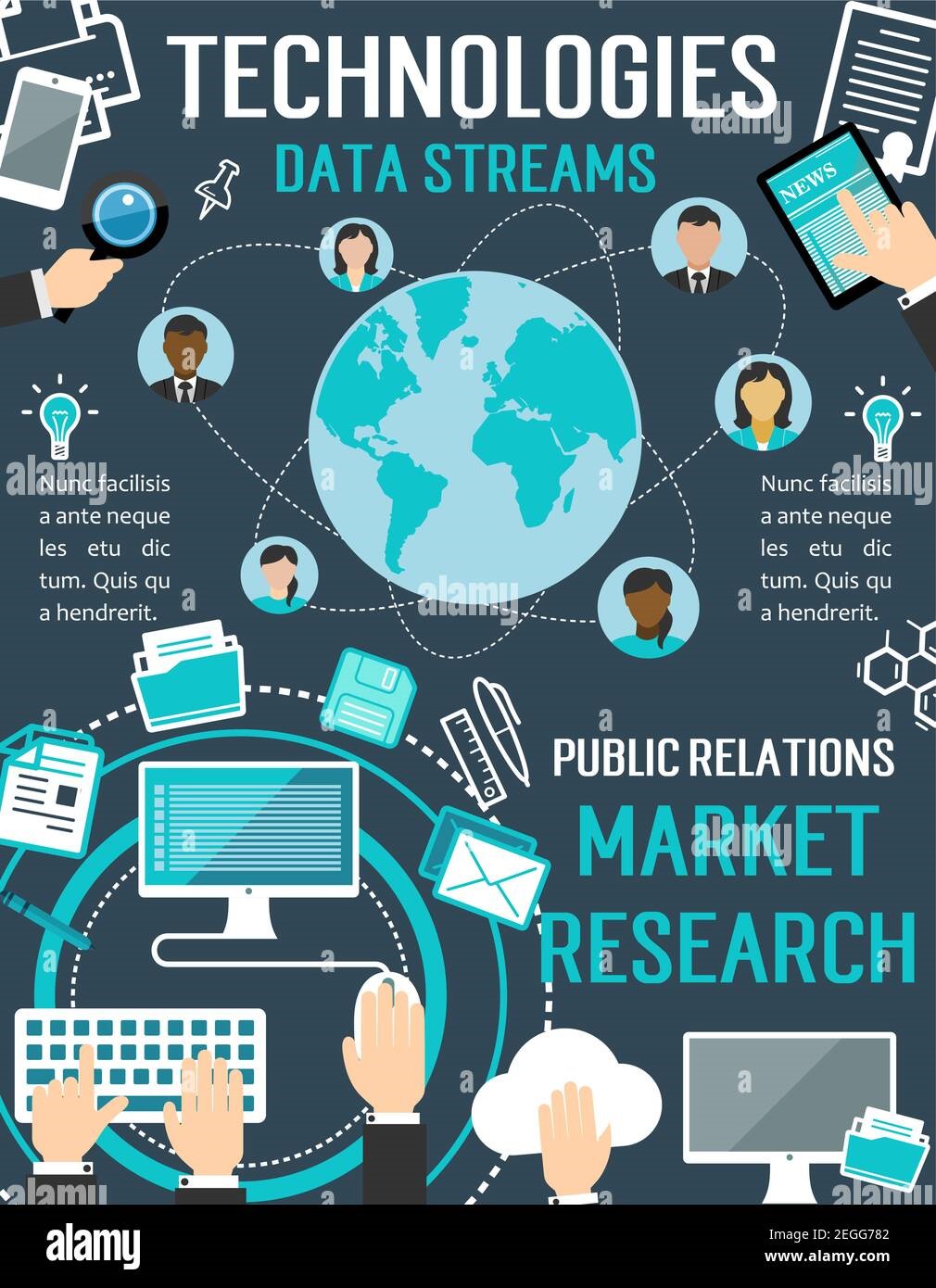 To guarantee the clarity of the used statements, the company posters will be displayed on bill bonds issued on HNA holdings social media accounts. Posters are very useful in conveying information that cannot be conveyed in the media and may not be available for some time. HNA corporation is to create a poster in order to get public attention by uploading the posters, images, and bill bonds on their website, social media, and bill bonds.

The poster that is to be designed should contain:

a) The name of the company

b) The new products and the improvements of the previous products

d) The availability of the company on social media platforms

“HNA Technology Investments Holdings is a corporation. It’s just gotten larger and better. The company’s services and goods are now available online through your preferred social media channel. We are now on Facebook, where we publish all of our new service promotions; we are also on Twitter, where we answer to whatever you ask for; and we are on Instagram. In case of any inquiries, our phone line is available 24 hours a day, seven days a week. We are pleased to tell you that we will be personally visiting our clients and presenting presents to our most loyal customers. Mr. Zhang Ling, our CEO, will be enjoying breakfast with customers at our Hong Kong headquarters. Thank you for having faith in us throughout the years. Company HNA Technology Investments Holdings, we are your technical growth partner.

Want an essay on the same topic?
Order an essay from our professional writers and get an essay written from scratch in just 3 hours. We work only with the best academic writers.
Place an order
Related Topics
Marketing
Hong Kong
HNA Technology Investments Holdings Ltd
PR Campaign

Introduction With the growth of the economy, there comes also with other needs associated with security investigations. For example, growth of the economy comes with the growth of businesses and with growth, ethical issues arise which necessitates for the corporate companies to hire private detectives to streamline arising ethical issues. The rationale for expanding the ... END_OF_DOCUMENT_TOKEN_TO_BE_REPLACED
Pages: 7       Words: 1839
View Sample

The Voluntary ‘Real Living Wage’ In The UK

A real living wage is the smallest sum of money necessary for a worker to fulfil their daily needs. A livable wage is regarded as compensation that permits a worker to maintain a basic but acceptable standard of life without the need for state support. Because the phrase “needs” is so ambiguous, there is no ... END_OF_DOCUMENT_TOKEN_TO_BE_REPLACED
Pages: 7       Words: 1780
View Sample

Starting and running a new start-up enterprise is an art and quite demanding. Without appropriate business skills and resources needed, it can easily crumble down in the first year of operation. It is worthwhile as an entrepreneur who wants to succeed to carry out maximum research on the idea of the business before implementing it. ... END_OF_DOCUMENT_TOKEN_TO_BE_REPLACED
Pages: 8       Words: 2128
View Sample

Implementation of the Balanced Scorecard

A Critical Analysis of M&R’s Implementation of the Balanced Scorecard The balanced scorecard is a strategic management system that helps organizations track and manage the execution of their strategies. McWatters and Zimmerman (2015) note that with a balanced scorecard, managers can describe and measure their strategies and track the execution of strategies and monitor the ... END_OF_DOCUMENT_TOKEN_TO_BE_REPLACED
Pages: 3       Words: 678
View Sample

The Relationship Between Inflation and Unemployment