We use cookies to provide you with the services at our best. By continuing to browse the website, you accept it. More.
Need a perfect paper? Place your first order and save 5% with this code:   SAVE5NOW
Home › Social Sciences › Literature Review Critiquing “The Consequences of Being Labelled Looked-After: Exploring the Educational Experiences of Looked-After Children and Young People in Wales”

Literature Review Critiquing “The Consequences of Being Labelled Looked-After: Exploring the Educational Experiences of Looked-After Children and Young People in Wales” 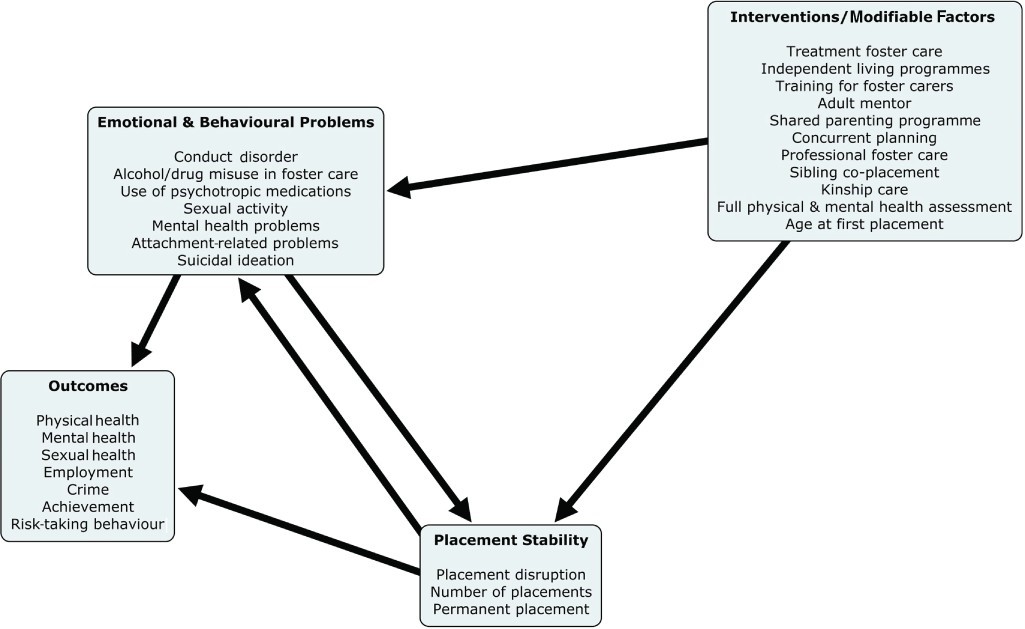 (Jones et al., 2011)
Mannay et al. (2017) cite a range of factors which explain this low attainment including deprivation, childhood trauma and breakdown in family relationships. Jones et al. (2011) concur, identifying emotional and financial neglect from parents as the main reason children enter care. Stein (2012) notes that the majority of children enter care between 13 to 15 years old, again illustrating the complexity of factors governing low attainment in LACYP. O’Higgins et al. (2017) surmise that there is a more underlying cause for this attainment gap, which numerous government interventions seem to have failed to address.

Stigma and educational barriers for LACYP

Mannay et al. (2017) theorise that cultural factors in stigma and labelling of LACYP pupils are key factors in low attainment. This seems to be validated in both theory and practice. Jackson and Cameron (2014) note that teachers seemed to have lower expectations of LACYP, not expecting them to progress to higher education. This was experienced by one of the participants in the study (“my sixth form leader told me that I will have no chance of getting into university so I thought I will show her I can get there”). However, this stigmatisation does not seem to affect pupils’ career plans: Mannay et al. (2017) note that the LACYP consulted in the study articulated career aspirations similar to non-LACYP pupils, including professional occupations such as doctors, vets and architects. Their background often motivated them: (“it’s all about motivation, right that’s it I want to do something with my life.”).
However, the effects of being labelled ‘looked after’ seemed to damage some pupils’ confidence, causing them to view their identity pejoratively (“You don’t want to be looked after, you want to be a normal kid”, “I hate people feeling pity for me, I’m just a normal child, even if I’m in foster care”). Mannay et al. (2017) observe that labouring against a backdrop of low expectations can make it especially difficult for LACYP to succeed academically. However, this article neglects the point that motivation and attitude are also important determinants of academic attainment. Coon and Mitterer (2015) note that an individual performs better when they are intrinsically driven (self-motivated) whilst Dweck (2006) eruditely states that an individual who displays a growth mindset (seeing problems as opportunities) will also perform well. Nevertheless, Berridge et al. (2004) surmise that the emotional toll LACYP pupils face negatively impacts attainment, which is reiterated by authoritative psychological theories on arousal: 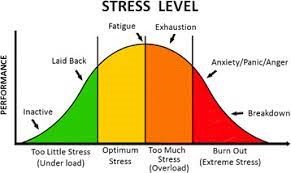 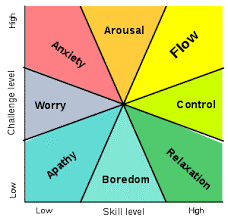 Mannay et al. (2017) consulted 67 LACYP from Wales to inform the study, ranging from 6-27 years old. Greig et al. (2013) advise that this is an appropriate sample size for a research study of this magnitude, from which relevant conclusions can be drawn from though Haeussler et al. (2013) note that a smaller sample size can be more expedient to analyse and draw conclusions from. However, the gender composition of the study was not completely representative of the LACYP population of Wales: participants were in a 60-40 male-female ratio which differs from 46% of girls and 54% of boys in public care in Wales (Welsh Government, 2015). The participants were drawn from a wide cross-section of educational levels, ranging from primary schools to further education. Cohen et al. (2017) advocate this strategy of including pupils from numerous phases of education, arguing that this wide coverage can give a greater breadth of perspectives to research and increase its validity, though participants were not selected systematically.
Mannay et al. (2017) collected information qualitatively through semi-structured in-person and telephone interviews and focus groups conducted by peer-researchers who had experience of being in care, before interview data was transcribed and analysed thematically. Byrne et al. (2015) advocate this form of data collection, observing that it results in more honest and authentic responses from interviewees as they feel less intimidated by the interviewer’s more informal style. This seems to be validated by the amount of anecdotal information volunteered by participants. Byrne et al. (2015) note this style of this interviewing is especially appropriate for sensitive issues such as educational experiences of those in care in this study. However, Johnson et al. (2007) observe that this relies solely on qualitative information, arguing that it is subjective and not necessarily generalisable to the rest of the population. Instead, they recommend using a mixed methods paradigm, collecting qualitative and quantitative information to ensure rigour and reliability.

Conclusions and educational implications of a research article

Mannay et al. (2017) note that there needs to be a change in how LAYCP are perceived in education as such attitudes can be limiting and damaging to their aspirations (Jones et al , 2011). Mannay et al. (2017) assert that teachers should encourage pupils to realise their potential, irrespective of their background. This could have positive applications in improving attainment, as Mannay et al. (2017) elaborate that the majority of LACYP participants in their study were highly motivated. However, the methods of increasing attainment in LACYP are more nuanced than those covered in this article: Gardner (2006) advocates a highly individualised style of teaching which caters for all learning styles to foster engagement and progression. Sager (2013) lectures on the importance of the ‘hidden curriculum’ in increasing attainment, where teachers model the habits and attitudes they wish pupils to display. These methods take into account the emotional aspect of educating LACYP pupils.
It’s difficult to generalise the results of this study given it is an area which limited empirical research has been conducted into (Mannay et al., 2015), though the study is given added credibility by being one of the first to investigate this subject matter empirically. Further studies will be need to be undertaken to validate and build on the findings of this research, collecting quantitative data and comparing this with data on non-looked after children for increased validity and reliability.

Want an essay on the same topic?
Order an essay from our professional writers and get an essay written from scratch in just 3 hours. We work only with the best academic writers.
Place an order
Related Topics
Education
Literature Review
Educational Theory
LACYP
Educational Experiences Of Looked-After Children In Wales

Elections are the core of any democratic system. It is through elections that citizens get to exercise their right to choose their own leader to represent them in government (Andrea, 2021). There are rules and regulations that govern the election process. These affect those who run, candidates in an election, and how a winner is ... END_OF_DOCUMENT_TOKEN_TO_BE_REPLACED
Pages: 6       Words: 1544
View Sample

Relationship Is the Greatest Factor for Happiness in Life, Especially During the Pandemic

Relationship refers to how two or more people are connected, or the state of being connected. Family ties, friendships, acquaintanceships, and romantic partnerships are the four main forms of relationships. Happiness refers to a state of well-being in an individual, which is characterized by living a decent life with a sense of deep satisfaction. Feelings ... END_OF_DOCUMENT_TOKEN_TO_BE_REPLACED
Pages: 6       Words: 1459
View Sample

Introduction South Carolina secession was the first in the line to occur before Abraham Lincoln’s inauguration in 1861. Carolina led a secession from the United States and provided the first battleground for the civil war in April 1861. Also, South Carolina, alongside ten more southern states, separated from the union during the winter of 1860 ... END_OF_DOCUMENT_TOKEN_TO_BE_REPLACED
Pages: 3       Words: 665
View Sample

Internet surfing is one of the currently most popular leisure activities among teenagers. Although the internet has helped expand social networks among them and release their emotional stress, it can lead to addiction (Du & Lyu, 2021). This essay analyzes adolescent internet addiction and the effect on this age group’s health behavior and general health. ... END_OF_DOCUMENT_TOKEN_TO_BE_REPLACED
Pages: 4       Words: 828
View Sample

Sex education for the young is an important aspect that can help children grow knowing what is right for their bodies and what is not. It is important to explore the concept of sex education as a way of helping the young in society develop knowing their bodies well as well as what they might ... END_OF_DOCUMENT_TOKEN_TO_BE_REPLACED
Pages: 9       Words: 2261
View Sample

A Link Between Past Memories and Present Emotional Well-Being

In the modern world, AI has assumed an integral part of human life. It has taken the role of thinking, interpreting, and even reasoning in situations that a human being was supposed to be reasoning. Human nature is being crowned to the AI as scientists, technologists, and even business persons support the innovation in the ... END_OF_DOCUMENT_TOKEN_TO_BE_REPLACED
Pages: 3       Words: 618
View Sample
Need a plagiarism free essay written by an educator?
Order it today