We use cookies to provide you with the services at our best. By continuing to browse the website, you accept it. More.
Need a perfect paper? Place your first order and save 5% with this code:   SAVE5NOW
Home › Science › Emirates Palace In-Depth Analysis 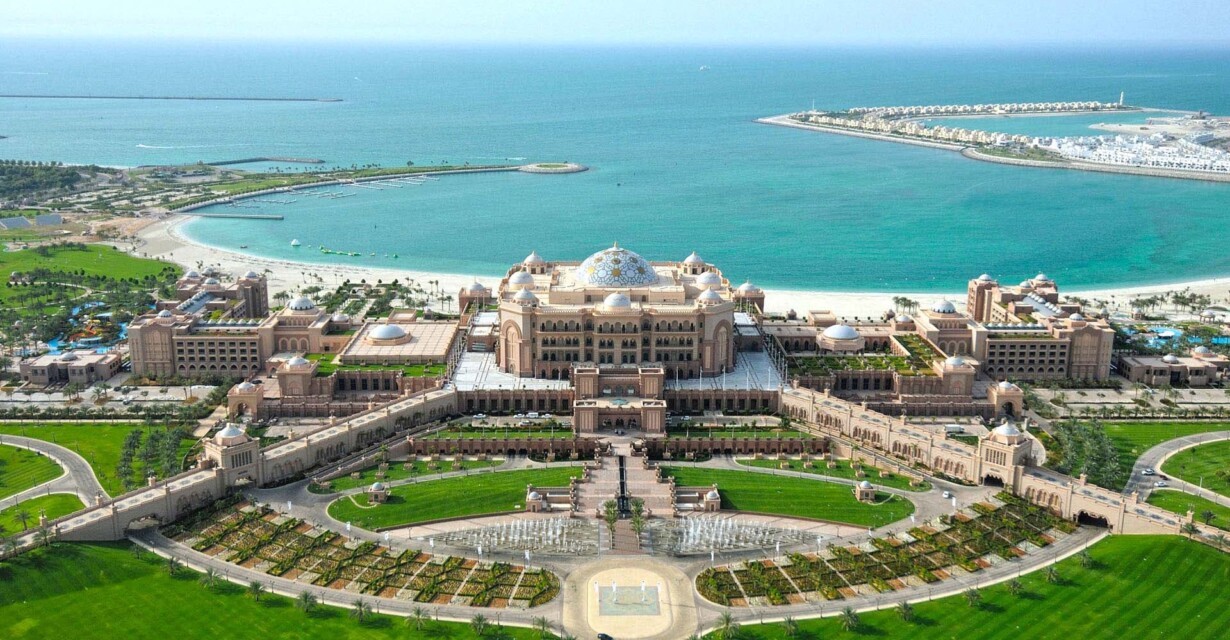 The Emirates Palace, a cultural project in Abu Dhabi, features a wide range of architectural themes, ranging from regional predecessors to those drawn from around the Muslim world. The use of postmodernism in these architectural features ranges from extravagant overblown ornamentation to motifs that stick to the dimensions and ingredients of their forerunners. Qasr Al Watan, Sheikh Zayed Grand Mosque, and the Emirates Palace, among Abu Dhabi’s new cultural and religious centers, have a collage of domes, mosaic panels, arches, and vaulted ceilings that are aesthetically and chronologically varied (El Amrousi & Elhakeem, 2020). This paper closely scrutinizes the architectural makeup of Emirate Palace, which is at the heart of the beautiful pearl of the desert in Abu Dhabi. 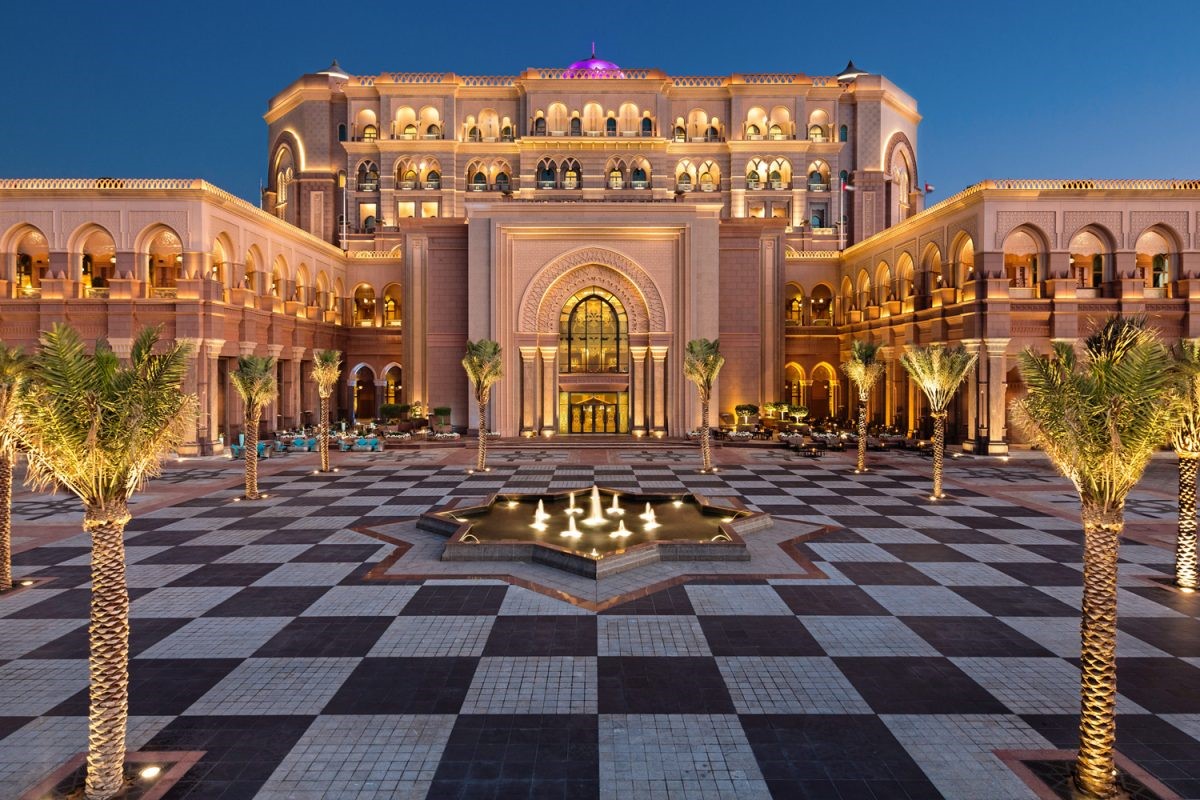 Next to Dubai’s Burj Al Arab, the Emirates Palace Hotel holds the distinction of being the world’s only second seven-star hotel. The hotel is unquestionably the most costly ever built, costing $3 billion. The Emirates Palace first opened for business in November of 2005. The Kempinski Hotel Group manages the property, which is owned by the Abu Dhabi government. According to Hotel Management Network, (2022), Emirates Palace employs over 2,600 people from throughout the world, representing roughly 50 different countries, with an average of three staff members per guest. The hotel was erected as a symbol of national pride rather than for profit, despite the fact that tourism is Abu Dhabi’s second-largest source of revenue after oil. The hotel was built to the greatest standards conceivable. 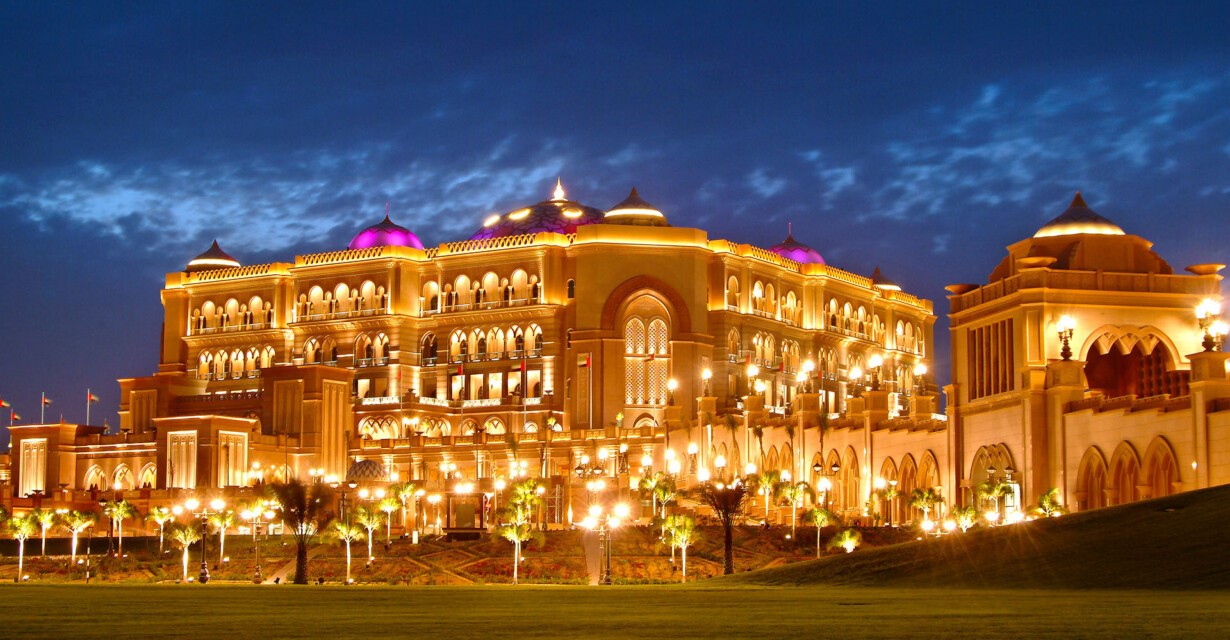 Hotel Management Network, (2022), observed that the Emirates Palace hotel is nestled in a 1,000-hectare park with palm trees and fountains, with architecture that reflects the many desert settings. The hotel has its own 1.3-kilometer private beach. The outside architecture features 114 spectacular domes that soar up to 60 meters and gleam like pure gold in the light. The hotel has a total floor area of 850,000m2, with the guest rooms located in the western and eastern wings. Inside, the hotel is furnished in a traditional manner, with gold and marble dominating, as well as cutting-edge technology. There are 20 various locations to dine in the hotel, with four restaurants, three bars, lounges, and cafés providing a wide selection of drinks and gastronomic pleasures. Two swimming pools and spas, subterranean parking for 2,500 vehicles, a marina, and a two-helicopter helipad are all part of the complex (Hotel Management Network, 2022). The Anantara spa, which includes seven treatment suites, is also located within the hotel. The hotel boasts a 1.3-kilometer private beach with water sports, leisure, and recreation centers. 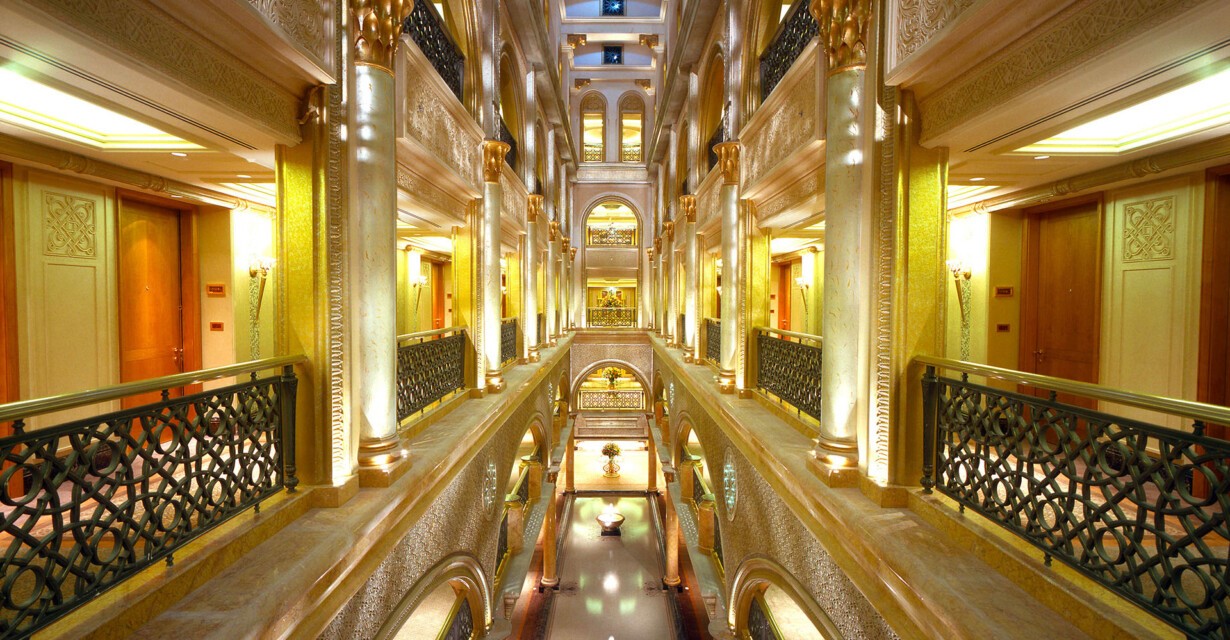 The Emirates Palace atrium is 60 meters high, 42 meters wide, and has the largest global dome. It’s adorned with 13 various marble colors, ranging from dawn yellow to sunset red, to symbolize the desert’s diverse hues. The inside of the dome is covered in 22-carat gold leaf, currently the largest gilded expanse ever built in a single structure. The hotel’s whole interior is covered in 22-carat gold leaf, covering 86,114ft2 (6,000m2). In the bedrooms and suites, elegant chandeliers, floor-standing lights, and table lamps are employed to set the tone, while utilitarian downlights illuminate the corridors and stairwells. Traditional Arabian elements, such as the 42m-diameter Grand Atrium dome decorated in silver and gold glass mosaic tiles and crowned by a 20kg solid golden finial, are incorporated into the hotel’s design. The color is reminiscent of the desert’s reddish, orange, and yellow hues. The structure is 1 km long and contains the following features: 114 domes, including the Grand Atrium, that is significantly higher than the dome of St Peter’s Basilica in Rome; the Emirates Palace Archway, that is encased in Italian stone and larger than the Arc de Triomphe in Paris and has a museum; 1,002 Swarovski crystal chandeliers, including many of the world’s largest; more than one million square feet of marble shipped in from Italy, Spain, China, and India.

More native Emirati architecture has been incorporated with pan-Islamic themes at Emirates Palace. The incorporation of local themes and a pan-Islamic style demonstrates an intentional shift towards Universalism, as well as a desire to maintain identity through architecture that visually exhibits additional Islamic motifs under the postmodernist penumbra. The current approach is appealing to many since it is based on an image of architecture that is recognizable to visitors and expatriate populations in Abu Dhabi. El Amrousi & Elhakeem (2020) noted that on the Abu Dhabi Corniche, these new modernist domed complexes generate conspicuous architectures that resurrect neo-Islamic style as a form of expression of Arabian identity. Taken collectively, this can be understood in the context of greater developments in Abu Dhabi, such as the creation of a new cityscape, artificial islands, and changing social demographics. The public opening of Abu Dhabi’s new magnificent complexes spreads the notion of ‘luxurious lifestyle’ in relation to Abu Dhabi, which is reinforced through exhibitions like 10,000 Years of Luxury at the Abu Dhabi Louvre.

My specific choice of this building was the richness in Islamic art and an abundance of the UAE current lifestyle, which appears futuristic in all aspects. As a gesture of justification, there is evidence that most people in the Middle East and the greater UAE have become cosmopolitan and are more than willing to embrace the latest architectural designs. The widespread acceptance of these neo-Islamic-styled structures reflects a new era in which it is acceptable and effective to figuratively convey architectural icons to different geographies and places. A focus on certain Islamic eras, such as Moorish Hispanic and Near Eastern Islamic Civilization, has resulted in a greater appreciation of Muslim arts and crafts.

Emirates Palace, like many other comparable structures in the UAE, aims to solidify the heritage of multi-ethnic Muslim communities and Abu Dhabi’s topographical significance as a cultural crossroads connecting East and West. They’re also part of a massive construction initiative that’s boosting Abu Dhabi’s international status and putting the city on the map as a cultural hotspot. Numerous different Islamic design patterns are consciously incorporated into the designs of new cultural/religious structures in Abu Dhabi, referring to them as ubiquitous forms of Islamic architectural style to successfully associate the architectural heritage of Abu Dhabi as a successful and rich emirate with an interest in emerging as a cultural center in the Gulf.

El Amrousi, M., & Elhakeem, M. (2020). The Dome in Contemporary Monuments of the UAE between Tradition and Postmodernity. In IOP Conference Series: Materials Science and Engineering (Vol. 960, No. 2, p. 022107). IOP Publishing.

Want an essay on the same topic?
Order an essay from our professional writers and get an essay written from scratch in just 3 hours. We work only with the best academic writers.
Place an order
Related Topics
Architecture
UAE
Design
Abu Dhabi
In-Depth Analysis

Technology is a system of scientific knowledge used for practical purposes. Culture is a way of life that is beliefs, religion, language, and rituals passed from one generation to another. Technology impacts culture via media globalization, for media technology is the most significant influence worldwide. People can get all kinds of information through computers and ... END_OF_DOCUMENT_TOKEN_TO_BE_REPLACED
Pages: 4       Words: 891
View Sample

Healthy Information Technology (HIT) is a system developed for managing information in health care organizations, both private and public, for health care workers and patients. The use of HIT applications brings several advantages, including enhanced quality of care given by patients by the health workers minimization of medical errors by using HIT applications to collect ... END_OF_DOCUMENT_TOKEN_TO_BE_REPLACED
Pages: 3       Words: 650
View Sample

The rapid economic growth in Saudi Arabia has led to a gradual change in the diet and lifestyle of its citizens. In the recent past, the number of people who are either obese or overweight has dramatically increased. According to Radwan et al., most Saudi people have adopted the consumption of dietary supplements to boost ... END_OF_DOCUMENT_TOKEN_TO_BE_REPLACED
Pages: 4       Words: 999
View Sample

Issues that Motivate Physicians to lobby Congress There are a variety of reasons why physicians engage in elections and policymaking to some extent. Limited opportunities for participation, insufficient skills, and a lack of knowledge are just a few of the causes. Other important reasons that may limit nurses’ engagement or participation in politics are resources ... END_OF_DOCUMENT_TOKEN_TO_BE_REPLACED
Pages: 5       Words: 1349
View Sample

One area in healthcare I am interested in is emergency care. Emergency care is an essential part of healthcare that serves as the first point of contact and supports the development of timely emergency care. The key task in the emergency depart is the transformation of patients with indistinguishable emergent conditions into sufficient stable individuals ... END_OF_DOCUMENT_TOKEN_TO_BE_REPLACED
Pages: 7       Words: 1915
View Sample

This clinical presentation involved a Caucasian female aged eight brought to the clinic by her parents following a referral by their Primary Care Provider (PCP) for an ADHD evaluation after the client’s teacher suspected she might have had the condition. ADHD is a neurodevelopmental childhood disorder characterized by a child being overly active, having controlling ... END_OF_DOCUMENT_TOKEN_TO_BE_REPLACED
Pages: 7       Words: 1894
View Sample
Need a plagiarism free essay written by an educator?
Order it today