We use cookies to provide you with the services at our best. By continuing to browse the website, you accept it. More.
Need a perfect paper? Place your first order and save 5% with this code:   SAVE5NOW
Home › Business › A Discussion on the Relationships Between Globalization and Human Development

A Discussion on the Relationships Between Globalization and Human Development

Globalization refers to the process by which nations become increasingly economically and politically interdependent. Multiple indicators can be used to measure the degree of globalization, which is a process that is extremely difficult to comprehend through the lens of fluctuating variables. Globalization has been directly correlated with the rates at which infectious diseases spread, the environment degrades, and workers in developing nations become impoverished. There are distinct perceptions in the globalization curve, and the notion postulates the need to examine the parameters in a comparison mode in the global development of capitalist systems. On the other hand, many economists anticipate that globalization will increase the global trade of goods and financial assets. Human development, on the other hand, refers to events in which people’s rights and opportunities expand, together with an improvement in the quality of their lives as a whole (Figueroa 54). Two of the numerous aims that can be achieved through implementing human development policies and programs are eradicating poverty and enhancing a society’s capacity to uphold basic human rights. The gap postulates the need to discuss the relationship between globalization and human development.

Countries with a high per capita income have a statistically meaningful relationship with the implications of globalization. Globalization is not the key factor determining where growing countries fall within the income distribution that can be narrowed down to the low-income categories. It is feasible that globalization does not contribute to human advancement until the economy reaches a certain degree of development. The contemporary data implies that globalization contributes to widening income disparities across all income levels; however, when wealth disparities are considered, the significance of this link is diminished. For instance, the economic policies created by the country’s government can significantly impact a nation’s economic progress. The United States of America appears to be in a terrific economic situation due to strong leadership that produces economically viable legislation. On the other hand, it appears that poor policymaking is driving developing nations to fall further behind. Even though numerous studies have analyzed the theories underlying economic growth in rich and developing countries, they all appear to reach the same conclusion that economic policies and how they are implemented distinguish rich and emerging nations in the globalization curve.

The relationship between globalization and human development leads to the distinctive affirmations of the macroeconomics topic. The stance is interlinked with the creation of a scale aimed at investigating the larger, more systemic events that have the potential to impact the social and economic growth of a nation. The inflation rate can be considered one of the factors in this particular scenario. For instance, the effects of inflation have been extremely detrimental to the Norwegian and Niger economies. The inflation rates in Norway have stagnated at 4.90 percent through the lens of the current macro and eco-centric models. The inflation rates are projected to prevail at an average of 1.70 percent by 2023. The inflation rates in Niger have been positioned at -2.49 percent, and this marks a 5.46 percent decline from 2018 (Easterlin 33)

An examination of the trends reveals that Norway has more effective methods for controlling inflation than the other country, which is one of the primary differences between the two nations. Niger’s approach to addressing inflation-related issues is less effective than Norway’s. Similarly, the unemployment rate, which is a significant concern for the macro economy, is significantly higher in Niger than in Norway. The fundamental concept is unmistakable: Norway’s advanced economy performs noticeably better than Niger’s. An analysis of globalization and human development in Norway and Niger reveals distinctive variations in the lens of the household and businesses’ economic pursuits. The cross-examination reveals that a great deal of focus has been placed on the causes of globalization and its effects on the world’s political, economic, and social systems. Given that globalization affects everyone everywhere, it should not be a surprise that the rate and consequences of globalization have sparked much research and discussion regarding public policy. 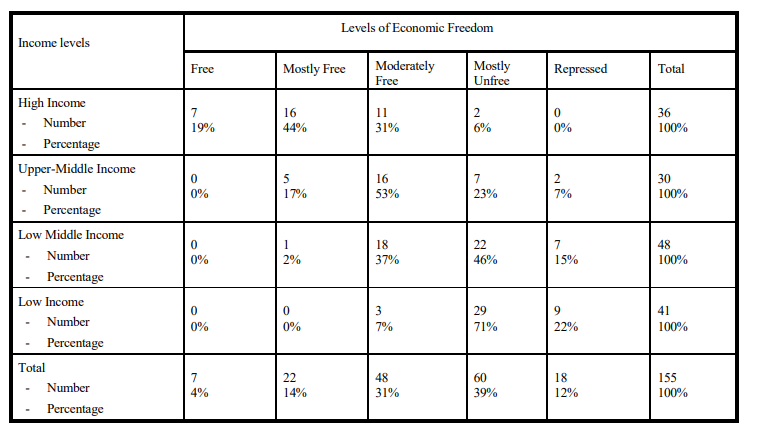 The correlation can also be unearthed by examining the sub-index through the lens of social globalization traits. The cross-examination can be determined by analyzing the number of tourists who visit, the percentage of residents born in another country, the number of people who have access to the internet, and the availability of television or print media. The examination leads to the need to perceive globalization as a new hegemonic plan that transnational capital and global forces have developed to facilitate capital accumulation in the unregulated market; however, it has had few positive effects on most nations in the lens of human development curve. Globalization harms the economic well-being of already disadvantaged groups because it prioritizes profits over people. The viewpoint acknowledges that globalization is an ongoing process fraught with both positive and negative outcomes for human development (Singh 45). The cross-relationship can not be unearthed unless one conducts a detailed cross-examination of the implication of adopted parameters on cause and effect domains. A notable trend lies in aligning human development factors with the globalization index over a stipulated timeline.

The component of the index that measures economic globalization impedes overall progress. When the effects of economic, social, and political globalization are compared, it is shown that the former two types of globalization have significantly negative implications on human development. In contrast, the latter types have significantly favorable results. The conclusion agrees with the more general theories evolving (Simplice, 23). For instance, a nation’s participation in international politics can have various positive effects, including the prevention of infectious diseases, the advancement of human rights, and the resolution of environmental issues on a global scale. Within each of the four models, the state fragility index exhibits significant negative effects on the controls. Each of the four models finds that delinquency has a consistent pattern of significant adverse effects on the development of human beings. Even if democracy has certain beneficial impacts, the benefits are very little compared to the overall progress that has been made by humanity due to these effects. Across all four approaches of estimation, the impact of increased government efficiency is found to be quite positive and directly correlates the globalization traits.

The same pattern also arises when human development is broken down into parts. Second, the degree to which the state is unstable and the level of criminality both play a role in determining the validity of the test. To put it another way, globalization’s consequences on human development do not have the same degree of influence on every level of state instability and criminality. The notion suggests that countries whose administrations are particularly unstable or corrupt are less likely to benefit from globalization. The consequences of globalization appear to be beneficial for human development, particularly when nations try to enhance their democratic institutions and minimize the frequency of violence (Sabi 15). The position is especially true in cases where globalization is accompanied by efforts to reduce the occurrence of violence.

In conclusion, when viewed from the vantage point of a developed nation, globalization presents an undeniable net benefit on the human development factor. The cross-examination reveals that there are substantially more benefits associated with it than there are drawbacks. When seen from the point of view of a nation that is still developing, it is obvious that the adoption of economic globalization would not result in human development in that nation. The gap postulates the need to integrate social, economic, and political policies on the globalization agenda. The outlined variables are integrated to benefit the country as a whole and not the major capitals. In that case, the nations can be better prepared to take advantage of the opportunities afforded by globalization. In order to encourage investment on both the domestic and international levels, it is vital to fortify the government, ensure the continued viability of the democratic process, and make strides toward lowering crime and feelings of insecurity. The relationship can be unearthed directly through the lens of intricately correlated variables over a predetermined timeline.

Easterlin, Richard A. “The globalization of human development.” The American Academy of Political and Social Science Annals 570.1 2000: 32–48.

Figueroa, Ana Magdalena. “The impact of globalization on human development in the developing countries: the case of Central and South America.” Revista Eletrônica de Ciência Política 5.2 (2014).

Want an essay on the same topic?
Order an essay from our professional writers and get an essay written from scratch in just 3 hours. We work only with the best academic writers.
Place an order
Related Topics
Economics
Globalization
Human Development

Challenges Related to Recruitment and Selection

Introduction Recruiting and selecting personnel are two significant activities that differentiate a great company from an average one. The inability to close open positions for a long time impacts the company’s reputation, thus becoming a recurring issue in talent acquisition. This essay aims at addressing challenges related to recruitment and selection and how to overcome ... END_OF_DOCUMENT_TOKEN_TO_BE_REPLACED
Pages: 6       Words: 1477
View Sample

Group Dynamics and Working in Teams

With the evolution of the concept of team and the increasing importance of teamwork in organisations, a clear distinction between ‘teams’ and ‘groups’ has been made (Demirci, 2018). Humans are social beings and therefore they survive and thrive well when they are part of a group, A group can be defined as a community or ... END_OF_DOCUMENT_TOKEN_TO_BE_REPLACED
Pages: 13       Words: 3419
View Sample

Effects of Social Loafing and How To Prevent It

By working together with others, rather than just on a task, people are more likely to “social loaf” or put in less effort overall. Because of everyone’s unique skills, experiences, and dedication to the task, group projects are often seen as the most efficient means of achieving positive outcomes (Gabelica et al., 2022). The rebellious ... END_OF_DOCUMENT_TOKEN_TO_BE_REPLACED
Pages: 4       Words: 938
View Sample

Introduction  Change management is an integral part of every firm as organisational change is inevitable. Improper application of strategies during the process can lead to eventual failure or closure of a firm, as has been witnessed in the business world. Consequently, it is critical for the management of any firm to follow the proper process ... END_OF_DOCUMENT_TOKEN_TO_BE_REPLACED
Pages: 5       Words: 1123
View Sample

Executive Summary The first part of the context is mainly about the Songdo-Toronto link developmental project. The context has critically explored the two main leadership theories which are transformational leadership and pacesetting leadership theory. In the other part, the recommendations have also been provided to address the issues that would be identified throughout the context. ... END_OF_DOCUMENT_TOKEN_TO_BE_REPLACED
Pages: 15       Words: 3884
View Sample

For over the last two decades fashion industry has grown tremendously as a result of technological advancement and the popping up of new brands (Viziteu & Curteza, 2021). At present, the fashion industry is competitive and requires a new entrant to conduct systematic analysis. Besides, the industry growth is attributed to changing consumer tastes and ... END_OF_DOCUMENT_TOKEN_TO_BE_REPLACED
Pages: 5       Words: 1257
View Sample
Need a plagiarism free essay written by an educator?
Order it today