We use cookies to provide you with the services at our best. By continuing to browse the website, you accept it. More.
Need a perfect paper? Place your first order and save 5% with this code:   SAVE5NOW
Home › Science › The Bolsa Chica Wetlands

The Bolsa Chica Wetlands is a natural public land located in Orange County that is governed by California state. The reserve is immediately adjacent to Huntington Beach near the pacific coast highway; The public land covers over 1200 acres of land with various plants and animals. Some of the common species include Blacked Neck Stilts, Black Skimmers, Lizards, and ground squirrels. The land is under the protection of the fish and wildlife service of California Department, to ensure that the endangered and threatened species are under safety. Our research was conducted on 29th November 2021. Therefore, the paper aims to discuss more Bolsa Chica Wetlands, including its description, weather, climate, the various plant communities, wildlife present, terrain, and its brief local history.

Below is an overview of the land (Bolsachica.org);

Bolsa Chica is an attractive land with beautiful scenery. Warner avenue bounds it to the North, the residential development to the east and the Pacific coast highway to the west (Osborne, 147-156). There are two small parking lots in the area; this includes the north lot and the south lot that lies at its entrance. Its interpretive centre is located in the north lot, which is the starting point of the Mesa Trail that leads to the final destination of the Mesa trail. On the other hand, the Loop is located in the south lot that crosses a wooden bridge through to the sand-dune trail (Osborne, 147-156). A channel runs through the reserve, which was made to control the flooding effects and protect the wetlands. Besides, the Newport Inglewood fault also runs across the area. The area is also swampy with a salt marsh that has estuarine conditions (Osborne, 147-156). Its landscape is largely influenced by the changing tides that create unique zones where different wildlife species can be found.

Below is an image showing the swampy landscape (Bolsachica.org); 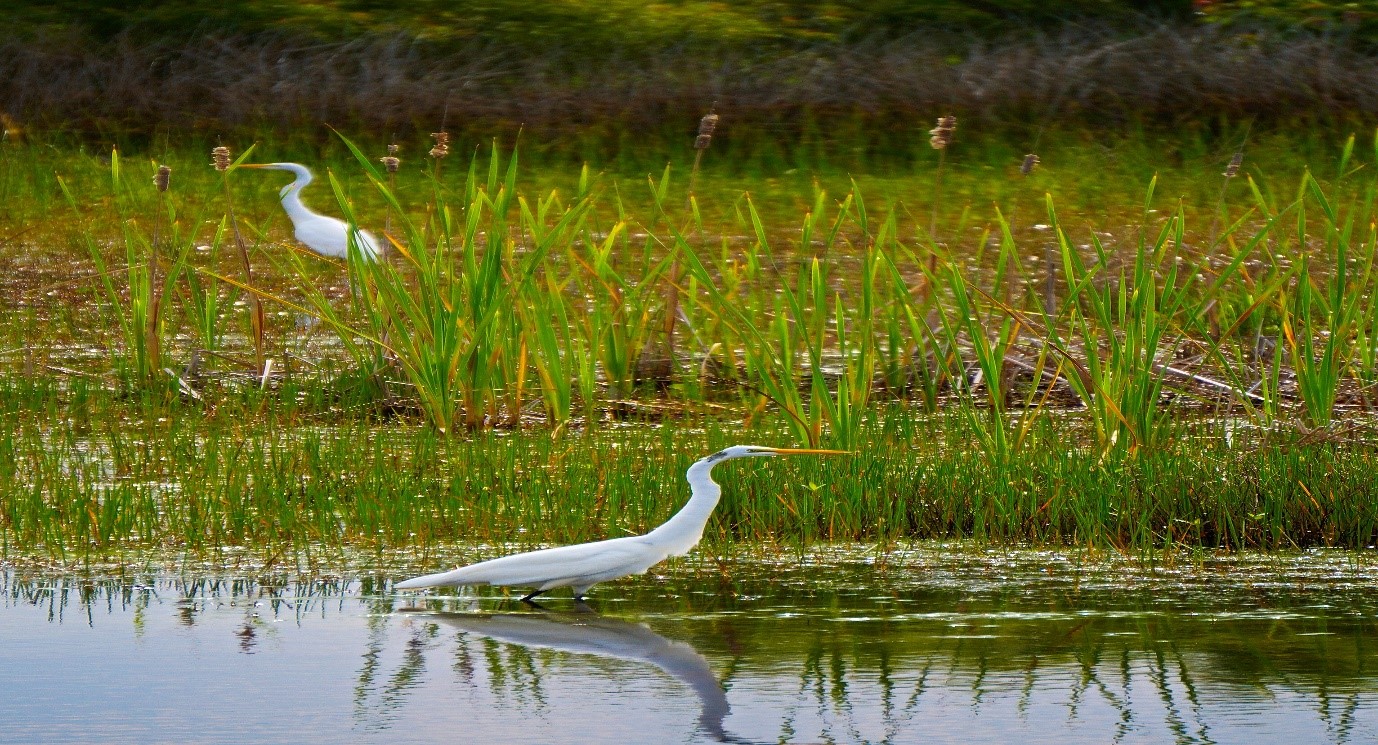 On the day of the visit, the prevailing weather conditions were recorded. The temperature was recorded to be 56℉ or 8 degrees Celsius with a humidity of 87%. The wind was calm with a solar Rad 0w/m2 (WeatherForYou.com, n.p). At our time of visit, the tides were rising, with the highest tide being 4.27ft and the lowest one at 0.33ft, which largely contributed to the drop in temperature and high humidity conditions.

The climatic conditions of the area is Mediterranean like. Summers is warm and dry while the winters is mild and wet (Hughes, n.p). The temperatures are also high in the coastal regions of Bolsa Chica wetlands with average daily temperatures ranging around 70℉ to 80℉. The summers are mainly hot and dry while the winters are wet and cool. Besides the fog is very common in all seasons most especially in the mornings (Hughes, n.p). This climatic condition has significantly affected plant growth. For instance, the vegetive development is best when the temperature increases, hence most of the wetland areas have poor plant growth. Most of the plant species are those that can survive in drought and flood areas where there is extreme precipitations (Hughes, n.p). Furthermore, global warming is still expected to rise in the near future thus affecting plant growth. We expect that the endemic plants found in this region will disappear due to the rise in temperatures.

The impact of the human population has greatly influenced the climatic conditions of Bolsa Chica wetlands. This can be seen with the effect caused to the Plankton species. There has been an increase in temperature due to global warming, mainly caused by the emission of greenhouse gases that people have been introducing since the age of the industrial revolution (Walton et al., 107-116). There has been an increase in temperature by 0.85degree Celsius in the area. With climate change, more intense drought is expected if no measure is taken into consideration, which will harm most of the species in the area (Walton et al., 107-116). And to protect this issue, a new inlet was added along with tide gates that will help regulate the flow of water in the area. We saw that the oceans were taking up more volume, which contributed to many sea-level rises that needed to be regulated.

The area has five major plant communities due to its dynamic ecosystem. Various plants thrive within this area, in the salty areas, in dunes, in grasslands, and aromatic coastal areas (Jacob et al., 128-141). Most of its parts are, however, salt marsh. The coastal area is prone to long rains that cause floods in the area due to high tides from saltwater from the ocean. Hence most of the plants have unique characteristics to thrive in harsh conditions. The water flows through the area through two channels, mainly the Anaheim Bay and another inlet in the Seapoint eve (Jacob et al., 128-141). As a result, the plants have to deal with the varying changes in water levels due to the changing tides. Plants that can survive in salty areas are ideal in this region. On the aspect of food pyramid, the animals and dead plants are at the base, depicting that decomposer are of great significant in this ecosystem to offset balance (Jacob et al., 128-141). Plants in the coastal dunes have adapted to rough conditions. Some plants have spreading mats and small hairs in their leaves to help trap moisture in marine layer (Jacob et al., 128-141). Some of the common names of the plants are the Western ragweed, the Alkali weed, saltwort, the shortgrass, black sage, deer weed, California bulrush, mule fat, etc.

The area is home to some wildlife species. Some of them include the Shovelnose guitarfish, the California halibut, and the white seabass. The grass areas of the wetlands have several harmless snakes such as the gopher snakes with different colours, the kingsnakes, the rattlesnakes, the diamondbacks and many other types of snakes (Freedman et al., 88-97). Other wildlife species include the coyotes, squirrel, rabbit, and western lizard. In spring, the area is also home to over 400 birds species, including endangered ones such as the light-footed rail, the savannah sparrow, the Caspian tern, the tailed hawk, and the red-tailored hawk (Freedman et al., 88-97). In addition, there are several fish species identified in Bolsa Chica beach, including the Croaker, the leopard sharks, the halibut, and corbina, which are endangered species of fish.

Below is an image of a coyote and a hawk in the area (Bolsachica.org); 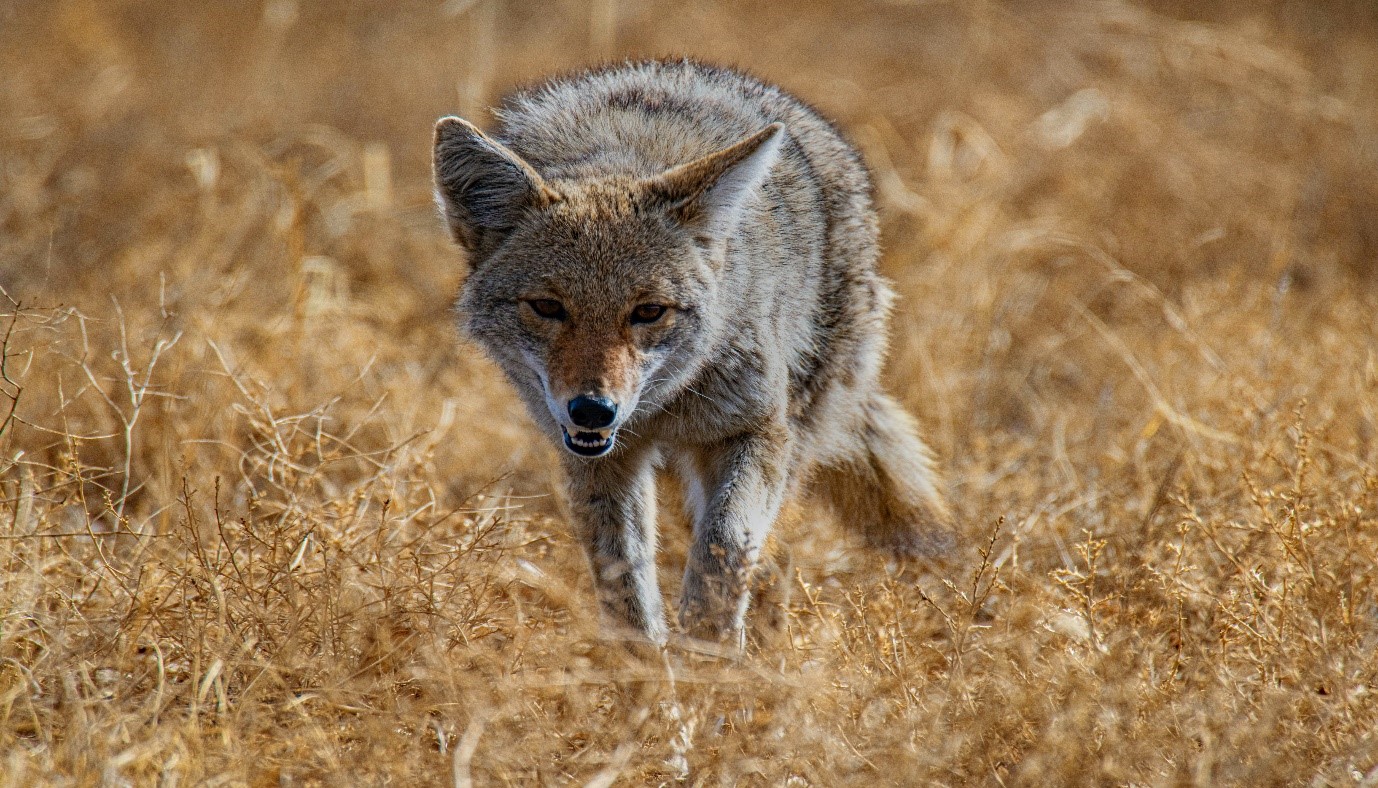 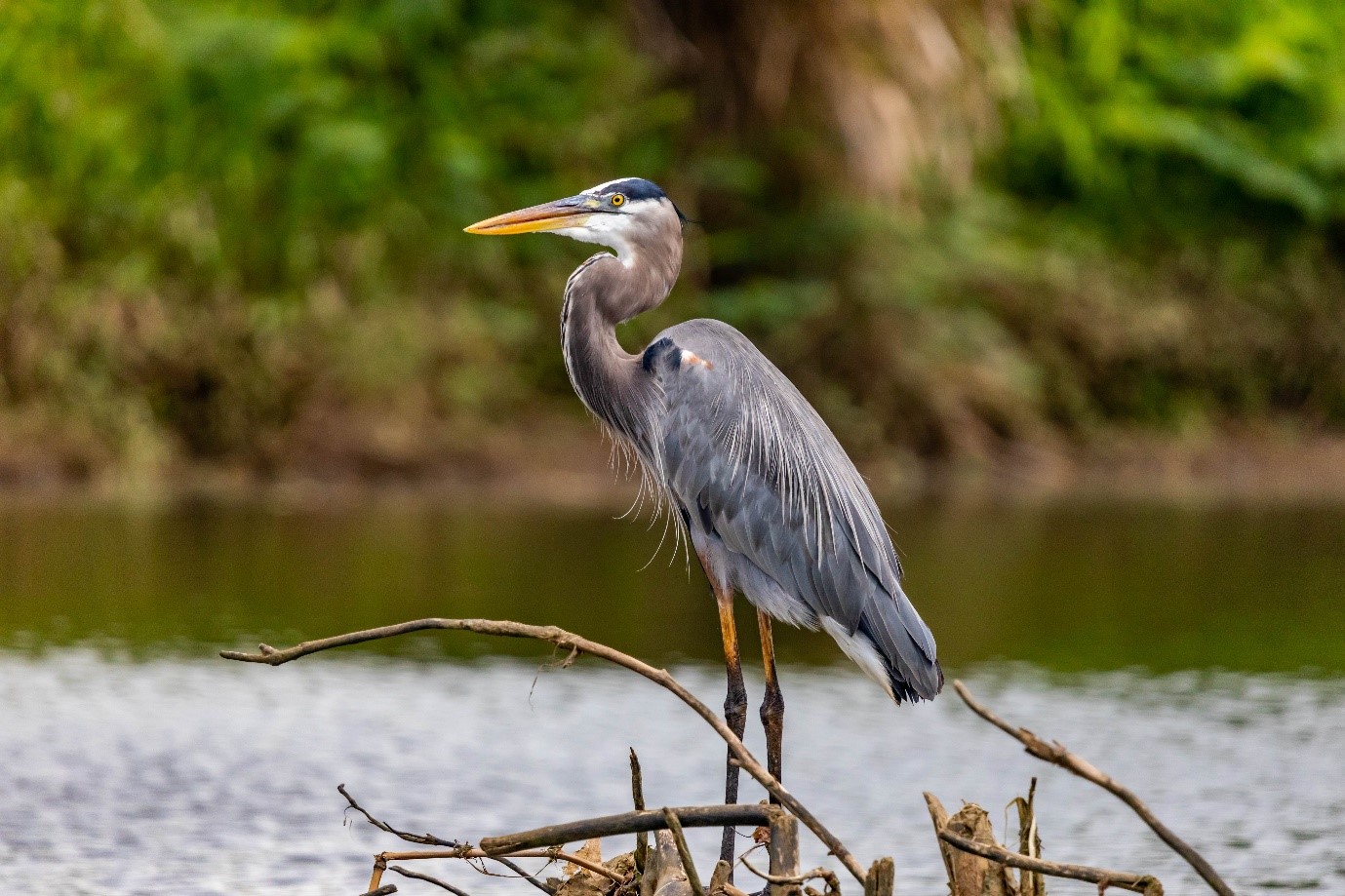 The Bolsa Chica wetlands are the current largest remaining coastal marshland in southern California. The reserve covers an extensive area of over 1200 acres. Both salt and fresh water from the ocean and runoff pass through the area, making it an important stop on the pacific flyway. The land is a coastal estuary with different kinds of habitats such as salt marsh, fresh water marsh, and mudflats making it an important habitat for various California species.

The history of the area is long and varied. The region’s earliest inhabitants were the native Indians, dating back to the late 8000 years ago (Cavanagh et al., 58-65). The archaeologists discovered their presence after finding the cog stones, which depicts their lifestyle. After the colonization of California, Spain took over the area and partitioned it into areas called ranchos. In 1920, the standard oil company took control of the area after entering a lease agreement to extract oil. Then In 1940, the US military constructed two bunkers in fear of getting attacked by japan. The bunkers were destroyed in 1995, leaving circular frames in the area. The land was then acquired in the 1960s by Signal Landmark and created as an ecological reserve. In which the Amigos was later founded in 1976 as a plan to save the wetlands. Another important facility created in the area is the pacific electric railway which the remains can see of asphalt pavings. Currently, the Tin can beach found in the area is an important attraction site in California located in Bolsa Chica wetlands.

Want an essay on the same topic?
Order an essay from our professional writers and get an essay written from scratch in just 3 hours. We work only with the best academic writers.
Place an order
Related Topics
USA
California
Environmental Studies
Bolsa Chica Wetlands

Introduction In the current society where equality is the ultimate demonstration of the concept of democracy, the issue of disparities in pain management and treatment in the health system pose a significant social and health concern. It is entirely possible that the subjective nature of pain and the extensive reliance on patent’s reports of their ... END_OF_DOCUMENT_TOKEN_TO_BE_REPLACED
Pages: 19       Words: 4982
View Sample

Introduction Over the years, childhood obesity has not only become a significant global public health concern, but also an enduring clinical and public health priority throughout the 21st century (Noonan, 2018). Across developed countries such as the UK, childhood obesity has reached epidemic levels with the NHS reporting one of the highest annual rise in ... END_OF_DOCUMENT_TOKEN_TO_BE_REPLACED
Pages: 13       Words: 3546
View Sample

Participation in sports has been related to a reduced risk of heart attack and hypertension, among many other health advantages. The article “The Importance of Sport in Students’ Lives and the Frequency of Sports Participation Among Students -Gender Differences” by Matej Majerič, published in 2013, talks about the importance of sports for both genders and ... END_OF_DOCUMENT_TOKEN_TO_BE_REPLACED
Pages: 7       Words: 1684
View Sample

Procedures relating to the safety and security of the clients in terms of meeting their needs The provision of care services to service users in nursing homes, hospitals, own homes, or residential care facilities should be done legislative requirements of occupational health and safety in Ireland. According to Health and Safety Authority (2017 p.2), the ... END_OF_DOCUMENT_TOKEN_TO_BE_REPLACED
Pages: 8       Words: 1937
View Sample

This paper seeks to explore patients’ rights to confidentiality and privacy of their health records. Everyone would want their health records to be kept safe and only accessed by relevant and authorized personnel. Healthy records are such sensitive documents that could be used against someone if they fall into the hands of malicious people. Several ... END_OF_DOCUMENT_TOKEN_TO_BE_REPLACED
Pages: 3       Words: 779
View Sample

Introduction Nursing is a broader field incorporating various facets such as the counteractive nature of diseases and the executives of treatment to promote healthy lifestyles. It is thus imperative for every nurse to ensure adherence to the bioethical principles which guide the provision of quality and acceptable healthcare. Nursing comes hand in hand with medical ... END_OF_DOCUMENT_TOKEN_TO_BE_REPLACED
Pages: 5       Words: 1357
View Sample
Need a plagiarism free essay written by an educator?
Order it today